admin
Claim your SPECIAL OFFER for MagellanTV here: https://try.magellantv.com/historywithhilbert. Start your free trial TODAY so you can watch Seven Women: Ireland's Suffragettes and the rest of MagellanTV’s history collection: https://www.magellantv.com/video/seven-women-the-irish-suffragettes

Just what did Ireland do in the Second World War? The famous Easter Rising of 1916 occurred when the British were embroiled in the First World War (1914-1918), though Irish independence would only be secured in 1921. By 1939 when Hitler invaded Poland and war was declared across Europe, Ireland was therefore still a very new state, and following the German advance against the Benelux, Scandinavia and France, it increasingly came under pressure from both the Allies and the Axis. Both the Germans and the British planned to invade Ireland in the Second World War, though eventually neither side did. Ireland therefore had a difficult job remaining neutral, though documents made public following the end of the war demonstrate that the strict neutrality espoused was not always how things happened in practice.

Send me an email if you'd be interested in doing a collaboration! [email protected] 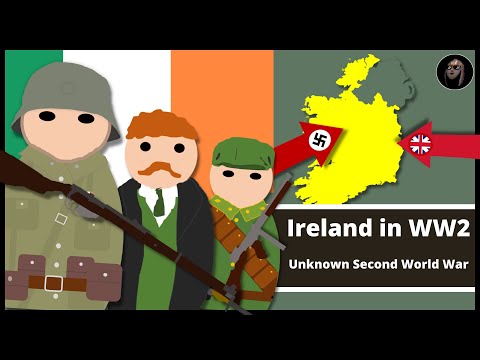 Claim your SPECIAL OFFER for MagellanTV here: https://try.magellantv.com/historywithhilbert. Start your free trial TODAY so you can watch Seven Women:...