admin
This talk took place on November 1, 2021 as part of the Herb Lubalin Lecture Series, an event presented by the Herb Lubalin Study Center and [email protected] This recording was made possible by the generous support of TypeCulture. To see past events and learn about upcoming events, visit: http://coopertype.org/lectures

During the second half of the 19th century, the Genzsch & Heyse typefoundry set multiple trends in German typography. In the 1860s, it was the first company to successfully market Old Style serif typefaces (imported from the UK). A decade later, it published a revised form of late-Medieval Schwabacher types. That product proved so popular that 30+ other foundries—from St. Louis, Missouri to Turin, Italy—sold it, too. Yet, Genzsch & Heyse’s greatest innovation was the way it commissioned work from freelance designers. Even though that became the norm in the early 20th century, it wasn’t a standard tactic in the 19th. This talk will examine how Genzsch & Heyse began outsourcing typeface design, looking at the work of Otto Hupp as an example.

When Otto Hupp received his first commission from Genzsch & Heyse, he was a young illustrator who had recently arrived in Munich from Düsseldorf. Their working relationship lasted for 24 years, during which time he designed many sets of initials and ornaments, as well a few typefaces for the foundry, including the seminal Neudeutsch (1900). Although Hupp’s practice primarily focused on making heraldic designs and producing publications on heraldry, he collaborated with German typefoundries for 60 years. After 1904, his subsequent typefaces—including Liturgisch, Hupp-Fraktur and Hupp-Unziale—were published by Gebr. Klingspor and the German Imperial Printing House. Hupp’s last typefoundry commission was Gebr. Klingspor’s annual keepsake calendar for 1940.

Dan Reynolds is an American designer working in Germany. He teaches typography at the Hochschule Niederrhein University of Applied Sciences in Krefeld and researches the history of Germany’s typefoundries between 1871 and 1914. Dan studied graphic design in the US and Germany before attending the MA Typeface Design course at the University of Reading. Writing rather dull copy about fonts, he spent 15 years working for FontFont, Indian Type Foundry, Linotype, LucasFonts, Monotype and MyFonts. This year, Dan started editing Fontstand News. In 2018, he received a research grant from the Printing Historical Society (UK). In 2020, Dan helped catalog hundreds of pre-1950 type specimens at the Technikmuseum in Berlin. His research has been published by Cooperativa Anonima Servizi Tipografici, Klim Type Foundry, the Max Planck Institute, Poem and the Steidl Verlag. 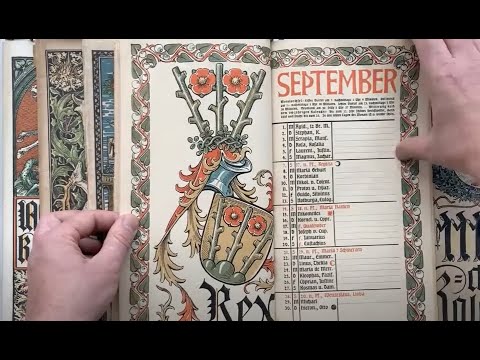