admin
Thanks to Kingdom Maker for sponsoring this video - Download Kingdom Maker on iOS & Android and start ruling today: https://pixly.go2cloud.org/SH3Il

Germany’s kind of a big deal, right? Sort of the unofficial point person of the EU, biggest economy in Europe by a substantial margin, I didn’t even realize how much of a heavyweight they were until I started fact checking for this video, not to mention it was at the center of two world wars. The weird thing is, unlike England and France which have been around for what, a thousand years? Germany is younger than the United States; for most of history, Germany didn’t exist. There were Germans, but no Germany. The closest thing was the Holy Roman Empire, until Napoleon broke it apart and no one cared enough to put it back together. The man who invented Germany, Frederick the Great's spiritual successor of sorts, wasn’t an ambitious king who made up his mind to conquer everything, or a forward-thinking revolutionary who found a way to make everybody get along… he was a conservative politician who originally wanted nothing to do with it. 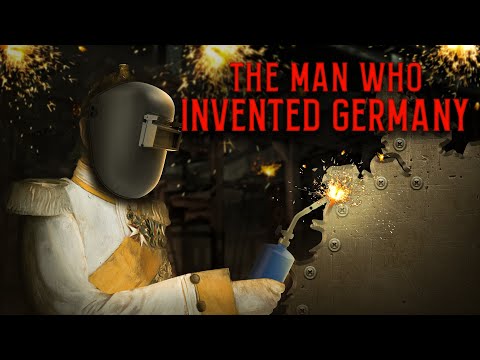 Thanks to Kingdom Maker for sponsoring this video - Download Kingdom Maker on iOS & Android and start ruling today: https://pixly.go2cloud.org/SH3Il G...