The Wars of the Roses was one of the most turbulent times in English History, and the civil war resulted in Henry Tudor facing Richard III at the Battle of Bosworth Field. When Richard was slain, it began the Tudor dynasty in England when Henry VII became the King by rights of conquest. Richard was the last King to fall in battle, but he should never have taken the crown himself. Richard’s claim was based on the fact he claimed his brother Edward IV had an illegitimate marriage, and that his heir Edward V was illegitimate. But Edward IV did have an illegitimate son who was rather forgotten about, but Arthur Platagenet was also the half brother in law of Henry VII and he then became the uncle of King Henry VIII, the most prominent Tudor monarch and the most ruthless. But Arthur Plantagenet’s demise was inside England’s most brutal and savage prison, the Tower of London. But who was he and what was his role in Medieval and Tudor history. 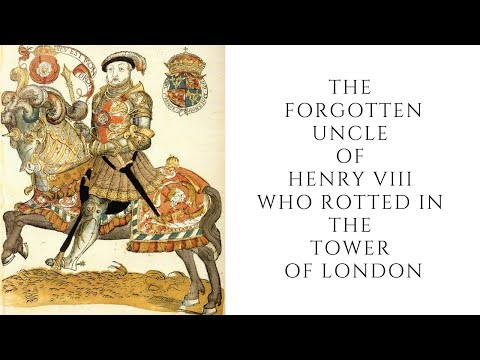 The FORGOTTEN Uncle of Henry VIII Who Rotted In The Tower of London The Wars of the Roses was one of the most turbulent times in English History, and ...