admin
Russian authorities on Friday restricted online access to Deutsche Welle and other global media outlets. Russian media regulator Roskomnadzor said access to the websites of the Russian-language editions of the BBC, the independent platform Meduza and the US-funded Radio Free Europe/Radio Liberty, Svoboda, had also been "limited."

Russian lawmakers in the State Duma on Friday adopted a bill providing up to 15 years in jail for any publication of "fake news" about Russia's military. DW's Russian affairs analyst Konstantin Eggert said the legislation "is designed just to shut the people up." Russian journalists have said that they have been instructed to only publish information provided by official Russian sources, who have been describing the war as a "military operation." While Russia's state-controlled media have doubled down on the Kremlin's narratives about the situation in Ukraine, other media outlets have been forced to shut down. On Thursday, Ekho Mosvky radio station closed after being taken off air over its coverage of the Ukraine war. The radio station is majority-owned by Russia's energy giant Gazprom, but it was one of the last liberal-leaning media platforms that was still accessible. Hours after Ekho Mosvky's announcement, the independent Dozhd TV channel also said it was closing.

The number of refugees who have fled Ukraine now totals more than 1.2 million, according to the UN Organization for Migration (IOM). Around 672,000 have fled to Poland, roughly 194,000 to Moldova and about 133,000 to Hungary, an IOM spokesperson said in Geneva. Thousands have also arrived in other countries, including Romania and Germany. 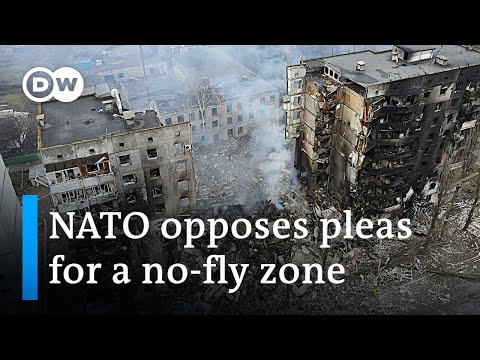