admin
Go to https://nordvpn.com/lindsayholiday to get an exclusive discount!

Private family footage from 1933 was leaked to the press which shows a 6 year old future Queen Elizabeth II, with her mother, younger sister and uncle laughing and giving Nazi salutes to the camera. A rebellious 20 year old Prince Harry got in hot water for wearing a Nazi uniform to a party he attended with his brother. The British royals would very much like to forget their many family connections to Germany in the early 20th century and to Adolph Hitler himself. But the fact remains that the connections are numerous and fascinating. Let’s take a look at the British royal who started WWI resulting in the rise of Nazism, the many British and German royals who supported Hitler in the hopes of regaining their lost thrones, and a few who stood up to the Fuhrer, even to the point of being sent to concentration camps or murdered by the Gestapo.

Please consider supporting me at https://www.patreon.com/LindsayHoliday 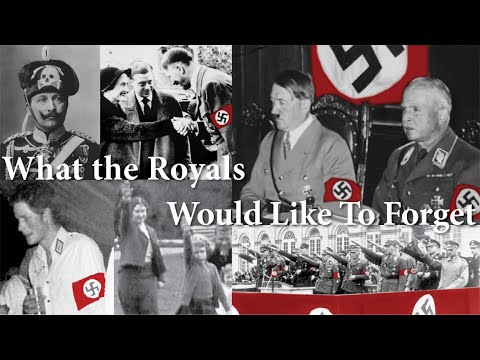 Go to https://nordvpn.com/lindsayholiday to get an exclusive discount! Check out the new PODCAST: Spotify: https://open.spotify.com/show/7iW8gOI5wb5TN...