admin
The origins of modern Europeans are shrouded in mystery and wracked by controversy. Archaeologists and linguists have long debated the origins of the Indo-European language family as well as the origins of civilization and settled life in Europe. Recent discoveries in past years suggest that the origin of European culture, as well as some central Asian cultures, is within an archaeological culture called the Yamnaya.

One major source of contention over the origins of the precursor to modern European cultures is over whether they involved the movement of actual people or merely the exchange of ideas. Before about 9,000 BP Europe was still in the Palaeolithic. It was populated largely by hunter-gatherers, living not very differently from how they had lived when they first arrived in Europe roughly 37,000 years ago.

In one view, this change is related to trade networks that existed across Eurasia. People of Europe were in trade contact with the people of the Middle East and the Eurasian steppes and they adopted the technology and lifeways of more technologically advanced outsiders.

The original position of many European archaeologists, however, was that the second instance, at least, represented an invasion. In 3,000 BC, nomadic pastoralists from the steppes of Eurasia replaced and interbred with the Neolithic farmers who had settled Europe about 4,000 years earlier.

More recent views also contend that Neolithic farmers from Anatolia (modern-day Turkey) began to spread across Europe around 7,000 BC without much interbreeding with the native hunter-gatherers. This suggests that both may have been the result of actual migrations of people.

Although there are still many unanswered questions, sequencing of ancient human genomes has revealed that these culture changes in Europe were partially the result of a migration of people.
The earlier migration of farmers from Anatolia is beyond the scope of this article, but recent research suggests that the dawn of Bronze Age Europe was due to the expansion of the Yamnaya culture.


Link to original article titled "How A Handful of Yamnaya Culture Nomads Became the Fathers of Europe." https://www.ancient-origins.net/ancient-places-europe/yamnaya-culture-0012105

Celebrate the birthplace of civilization and get our Sumerian Shirt | Hoodie | Coffee Mug today!

Check out our new store! https://teespring.com/stores/the-history-shop

Get your Sea Peoples | Late Bronze Age Merch below!

Get your Hittite Merch below!

To support the channel, become a Patron and make history matter!

*Disclaimer, the link above is an affiliate link which means we will earn a generous commission from your magnificent purchase, just another way to help out the channel! 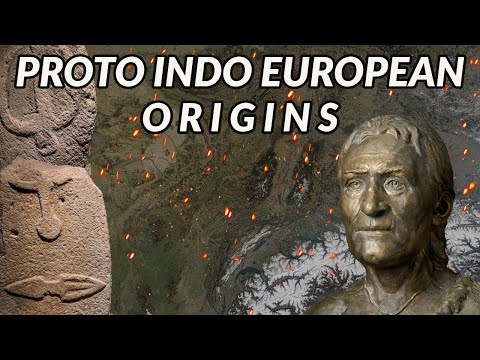 The origins of modern Europeans are shrouded in mystery and wracked by controversy. Archaeologists and linguists have long debated the origins of the ...