admin
170 Poland 1939 ▶ Gdynia Gotenhafen Gdansk Danzig - Adolf Hitler Visit Polen (September 1939) Reichsführer Heinrich Himmler, Walther von Reichenau (10. Armee), Erwin Rommel, Martin Bormann
German History Archive ▶ https://www.youtube.com/playlist?list=PLLEtu_bvreispSTeS_m08OcY8sC26bJVN
https://www.walter-frentz-collection.de/fotoarchiv/sachthemen-ii-reisen-im-2-wk-1939-1945/2-wk-polen-1939-1941/
Gdynia (Kashubian Gdiniô, German Gdingen, 1939-1945 Gotenhafen) is a port city in Poland in the Gdansk Bay. It forms the metropolitan region of Trójmiasto (Tri-City) in the Pomeranian Voivodeship with the larger Gdansk (Gdańsk) and the smaller Sopot (Sopot). First documented as the settlement of Gdina in 1253, Gdynia was granted city status in 1926 and subsequently developed into the most important port city of the Second Polish Republic. Gdynia was a village until 1918. The Versailles Peace Treaty gave Poland access to the Baltic Sea through the Polish Corridor, but it did not have its own port. Therefore, Gdynia was systematically developed into one of the largest trade, emigration, war and fishing ports. The townscape of Gdynia is characterized by many modernist buildings due to the strong development of the city from the 1920s. In the 1930s it developed into a large city with over 100,000 inhabitants. During World War II, the German occupiers renamed it Gotenhafen. As an important base of the German navy, it was considerably destroyed by British and U.S. air raids. Today, Gdynia ranks twelfth among Poland's largest cities with a population of around 250,000. The invasion of Poland on September 1, 1939 marked the beginning of World War II. The Germans expelled an estimated 50,000 Poles immediately after taking the city in October 1939. 12,000 to 13,000 inhabitants, mostly members of the Polish intelligentsia, were shot in the so-called Intelligenzaktion not far from the town, including the Piaśnica massacre. In 1944, the mass graves were reopened and the bodies were burned to remove the traces. With air support from the US Army Air Forces, the Red Army captured the city. Hitler had previously declared Danzig and Gotenhafen to be fortresses, which were thus to be defended "to the end". In the fighting for this fortress area, 39,000 German and 31,000 Soviet soldiers were killed. Before the final withdrawal of German troops, all port facilities were destroyed by demolition squads. The battleship Gneisenau was sunk in the harbor entrance as a block ship. The harbor was usable again from July 1945. The surviving displaced Poles flocked back to the city, and Poles from the territories annexed by the Soviet Union after the Yalta Conference moved to the city as new citizens. 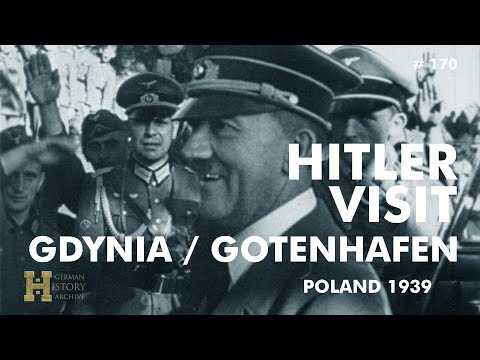