The Monastery of San Jerónimo is a Renaissance jewel in the city of Granada. It is located just 250 metres from the Basilica San Juan de Dios and 800 metres from the Cathedral of Granada, so if you are walking through the city centre you can’t miss it. This monument will undoubtedly leave you amazed with its history and the numerous curiosities that it offers, which is why it is considered an Asset of Cultural Interest.

The Monastery of San Jerónimo is built on the site of a former 14th-century mosque and became the first Christian monastery in the city of Granada. It was ordered to be built in 1504 in the Gothic style of the period, as a tribute to the military and heroic greatness of the Great Captain, Gonzalo Fernández de Córdoba. Sixteen years later, in 1520, there was a turning point when Doña María de Manrique (the wife of the Great Captain) took over the sponsorship of the construction, imposing the change of the Main Chapel for a burial place for both her husband (who died in 1515) and herself.

Although still under construction, the monks moved in in 1521. The new architects in 1526 (Jacobo Florentino and Diego de Siloé) decided to replace Gothic architecture with a new Renaissance aesthetic.
For more than three centuries this monastery was considered one of the most prosperous in the city, and thanks to this it was able to expand. Courtyards, corrals, stables, cellars, and an inn were added.

But from the 19th century onwards it underwent a complete change. First, during the War of
Independence, the Napoleonic troops used this monument as an artillery barracks. Then in 1835, with the Disentailment of Mendizabal (a phenomenon of expropriation of church property and land during the reign of Isabel II), the monks of the Order of St. Jerome were expelled and the monument was converted back into a barracks.

Finally, in 1967, the Monastery of San Jerónimo was returned to the order.

Learn more about what you can experience traveling in Northern Ireland, Ireland, and the rest of the world by visiting our website
https://www.connollycove.com/

We are Connolly Cove.
We share the best locations around Ireland / Northern Ireland and further afield with you through our travel blog/vlog of the hidden treasures that are on our doorstep.
Learn more about where you should visit by checking out our website!
https://www.connollycove.com 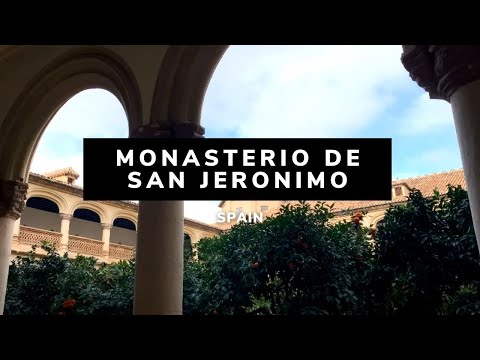