admin
Johannes Veerman followed his opening round of 65 with a two over par round of 73 at Muthiaga Golf Club.

The DP World Tour returns to action this week with the Magical Kenya Open at Muthaiga Golf Club. The tournament is now in its third year as a DP World Tour event after a long history on the Challenge Tour. It's a fitting time for the DP World Tour to make its first stop at Muthaiga, as the golf club celebrates its centenary this year. Defending champion Justin Harding returns to the event after clinching his second DP World Tour title 12 months ago. The South African recorded four sub-70 rounds to finish two shots clear of American Kurt Kitayama at Karen Country Club. 16 players will be flying the flag for Kenya this week, including Samuel Chege, who made his first start as a professional on the DP World Tour at last year’s event. Chege has a unique swing after teaching himself when he started as a nine-year-old, and it stood him in good stead as he recorded two eagles in his opening round 12 months ago before going on to make the cut. Other names to look out for include Dean Burmester, Jorge Campillo, Marcus Kinhult and Marcus Armitage. 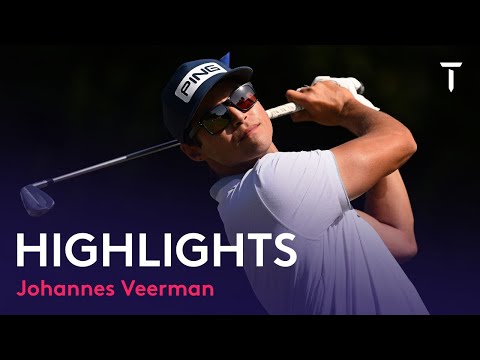 Johannes Veerman followed his opening round of 65 with a two over par round of 73 at Muthiaga Golf Club. ► SUBSCRIBE: http://et.golf/Subscribe The DP ...