The back of the LP proclaims, Evengelist Jimmy Swaggart presents The Plague, Youth Convention Message. The homes of America contain more Jimmy Swaggart albums than any other Gospel artist in the world. The unique style plus the anointing of the Holy Spirit guarantee an experience in recording." "The world's best seller in Gospel."

[HISTORY OF THE ST. NICHOLAS HOTEL]
Thee St. Nicholas Hotel is a historic hotel building located at 400 E. Jefferson St. in Springfield, Illinois, US. The original building of the St. Nicholas Hotel was constructed in 1855. An annex was built on the hotel in 1910, and the current main building was constructed in 1924. The Georgian Revival main building was designed by the New York City architectural firm H.L. Stevens and Company. When the current main building opened, it was the second-tallest building in Springfield after the State Capitol.

During sessions of the Illinois General Assembly, the St. Nicholas Hotel became a meeting place for Illinois politicians, who often conducted political business within the building. The hotel has hosted many notable visitors to Springfield, including three U.S. Presidents: Harry S. Truman, Dwight D. Eisenhower, and John F. Kennedy.

The hotel was added to the National Register of Historic Places on February 10, 1983.[1] It is the only remaining hotel in Springfield which dates from the 1920s or earlier.

The hotel is no longer in operation, having switched over to apartments. The building is now referred to as the St. Nicholas Apartments. 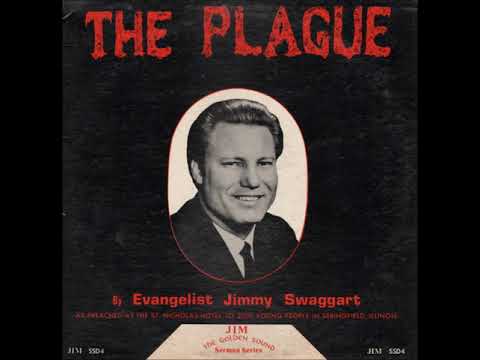 Jimmy Swaggart's 1974 LP "The Plague." The cover proclaims "Evangelist Jimmy Swaggart as preached at the St. Nicholas Hotel to 2000 you...