In 1940, when virtually the entire British Army was trapped in Dunkirk and England was in his reach, Hitler decided to halt the advance. This delay enabled England to repatriate its soldiers and was a mistake that Hitler would pay a high price for during the Allied landings. He then started the Battle of Britain, strengthening Churchill’s position and setting the entire British Empire against the Reich. When Germany was an estimated weeks away from winning this battle, Hitler again ordered another disastrous tactic switch. Instead of continuing to focus the bombing on military targets and UK infrastructure, he made London and other large cities the primary targets. This provided an unexpected respite to the British war industry, enabling them to quickly produce weapons, ammunition and aircraft at high speeds.

In June 1941 Hitler orders Operation Barbarossa, the invasion of Russia. It’s the biggest military operation in history. Initially, the Germans made rapid progress but by December 1941, when the ill-equipped German army was paralyzed by the Russian winter and the Soviet counter-attack was well underway, Hitler makes one of the most disastrous decisions of the war: he declared was on America.

Free Documentary - History is dedicated to bringing high-class documentaries to you on YouTube for free. You will see fascinating animations showing the past from a new perspective and explanations by renowned historians that make history come alive.

Enjoy stories about people and events that formed the world we live in. 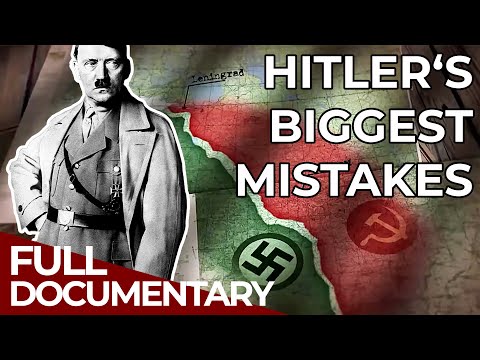