In this video visualization, we have displayed the History of Largest European Cities (1A.D-2019).

The Population of these European cities is noted as per historical data and slight mistakes and fluctuations are possible as this data is 2000 years old and exact numbers is impossible but after many days of continuous research I have compiled this video and provided my best effort to make this data as accurate as possible, also the cities flags are given according to the today's current location of cities and for people to better understand as all of them are not historians and also because some of ancient flags are missing.

Also feel free to subscribe the channel for daily updates.

Thanks for watching this video and support my channel. 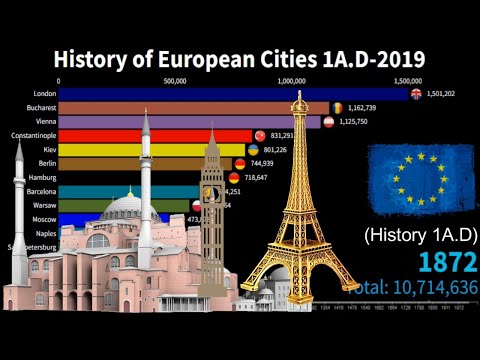 Welcome to the channel " I'm Mr. Data" ..!! In this video visualization, we have displayed the History of Largest European Cities (1A.D-2019...