admin
In this episode, I speak with Jeremy Tate, the founder of the Classic Learning Test about school testing, curriculum, and the classical versus industrial models of education. Jeremy argues that the current testing regime of the SAT and ACT have a tremendous influence on the curriculum taught in public and private schools. They promote a utilitarian vision of learning and drive students away from the classical Western tradition and serious reflection on what makes a good life. In response, Jeremy and his team developed the Classic Learning Test not only to be a better, more rigorous test, but to positively influence the curriculum toward more serious reading, and introduce students to the classic texts of the Western Tradition and those which shaped the founding of the United States, By ignoring these texts, the current testing and curricula regimes exclude students from engagement with the tradition. One of Tate’s colleagues noted that she could go from Kindergarten through a Ph.D. without reading Homer, Plato, or Shakespeare. This unfamiliarity with the tradition makes people unaware of history and complexity, unable to make distinctions, and thus more susceptible to propaganda and manipulation. It excludes the poor from opportunity and indoctrinates the elites into utilitarian and progressive ideas that they think are simply facts. As C.S. Lewis described, “10 years hence” we can find ourselves on the side of the philosophical controversy that we didn’t even know was up for debate.

We discuss a number of themes including

The revival of classical education

Whether you should go to college or not?

C.S. Lewis's The Abolition of Man

Eustace Scrubb and the Chronicles of Narnia

Elite students focus on test scores rather than on learning

Scientists with no sense of history or complexity

The problems with critical thinking

The false dichotomy of Facts vs. Opinions

How moral and value judgments are reduced to opinions and more.

Biography Jeremy Tate is the founder and CEO of the Classic Learning Test. Jeremy is also the host of the Anchored Podcast, CLT's top 2% global podcast that features discussions at the intersection of education and culture. Prior to founding CLT, Jeremy served as Director of College Counseling at Mount de Sales Academy in Catonsville, Maryland. He received his Bachelor of Science in Secondary Education from Louisiana State University and a Masters in Religious Studies from Reformed Theological Seminary. Jeremy and his wife Erin reside in Annapolis, Maryland with their six children. You can find Jeremy on Twitter @JeremyTate41.

For more on C.S. Lewis The Abolition of Man - See my interview with Michael Ward

Jeremy Tate: Not Another Test, The Right Test 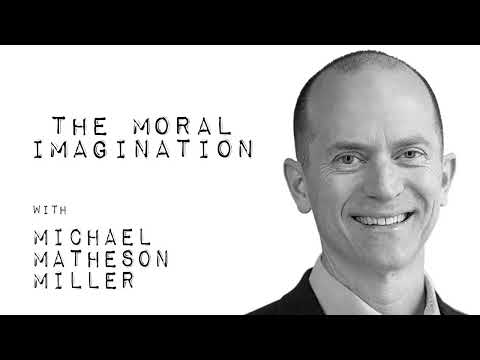 In this episode, I speak with Jeremy Tate, the founder of the Classic Learning Test about school testing, curriculum, and the classical versus industr...