admin
Pedro is situated 1951m above sea level, at the foothills of the highest mountain of Sri Lanka, Pidurutalagala. It consists of several divisions, Moon Plains, Naseby, Lover's Leap, Pedro and Mahagastota. The names
Lover's Leap and Mahagastota are used as 'Selling Marks' for Pedro Teas and have been attracting the highest prices at the Colombo Auctions for several years.
Going back into history, I reckoned Lover's Leap, Mahagastota and Pedro had originally been separate estates. In the 1890s, Lover's Leap was owned by Nuwara Eliya Tea Estates Co. Ltd., under the management of Leechman & Co., with a total extent of 232 acres, of which 179 under tea. Pedro was also owned and managed under the same outfit, with 329 acres under tea.
It is interesting to note Mahagastota was originally owned by Capt. J.A. Baker and managed by Bosanquet & Co. This estate was also known as the 'Late Baker's Farm.' It had an extent of 1000 acres with 404 acres under tea.
Situated 1910m above sea level, Pedro Estate was established in 1885, less than twenty years after the first tea plants were planted in Ceylon. It was interesting to note, the Father of Ceylon Tea, Mr. James Taylor, who started the Tea Planting enterprise in Sri Lanka, once owned Lover's Leap Division. He planted 17 acres of Tea in 1867 in Loolecondera Estate in Hewaheta and later in 1886 planted 200 Tea Plants in Naseby Division of Pedro Estate. A sign board near the factory says, “This is the earliest recorded planting Tea in Sri Lanka.” 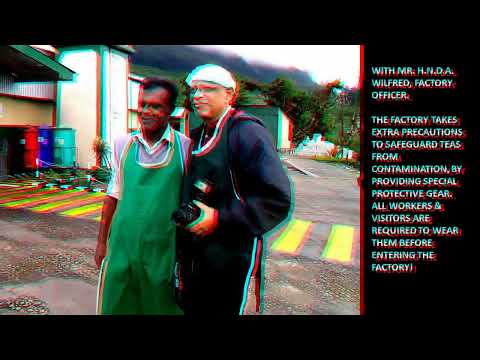 Pedro is situated 1951m above sea level, at the foothills of the highest mountain of Sri Lanka, Pidurutalagala. It consists of several divisions, Moon...