admin
On the 30th of October, 1938, an adaptation of HG Wells’s science fiction novel The War of the Worlds was broadcast on the CBS radio network. Thousands tuned in to listen and, unfortunately, a small number of these listeners mistakenly believed that the events described in the show were actually taking place, and that an alien invasion was imminent. In towns and cities across the country, for a brief few hours, panic reigned. The incident has gone down in history as a radio debacle… but it is not the last instance of a public panic caused by a work of fiction.

I tell the true stories behind some of history's greatest disasters... but without sensationalism or disturbing imagery. Fascinating Horror is all about in-depth research, respectful storytelling, and learning what we can from the mistakes of the past. You might be surprised to discover just how much of today's world is shaped by long-forgotten disasters from decades gone by.

► Like, comment and subscribe to keep up with my latest videos
► Know of an incident I should cover? Get in touch: [email protected]
► You can follow me on Twitter too: https://twitter.com/TrueHorrorTales
► And if you really love what I do, you can support me on Patreon: https://www.patreon.com/fascinatinghorror

“The Long Afterlife of a Classic Hoax” by Jim Knipfel, published in New to Table, January 2019. Link: https://medium.com/news-to-table/the-long-afterlife-of-a-classic-hoax-87e3b25c4c43.

“The Infamous 'War of the Worlds' Radio Broadcast Was a Magnificent Fluke” by A Brad Schwartz, published in Smithsonian Magazine, May 2015. Link: https://www.smithsonianmag.com/history/infamous-war-worlds-radio-broadcast-was-magnificent-fluke-180955180/. 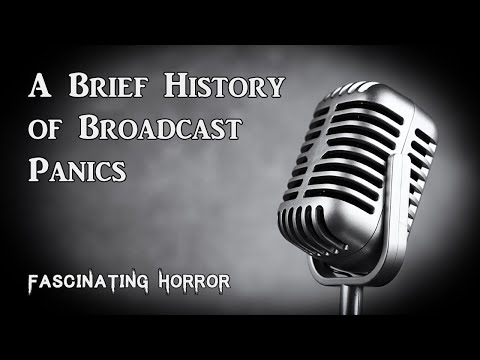 On the 30th of October, 1938, an adaptation of HG Wells’s science fiction novel The War of the Worlds was broadcast on the CBS radio network. Thousand...